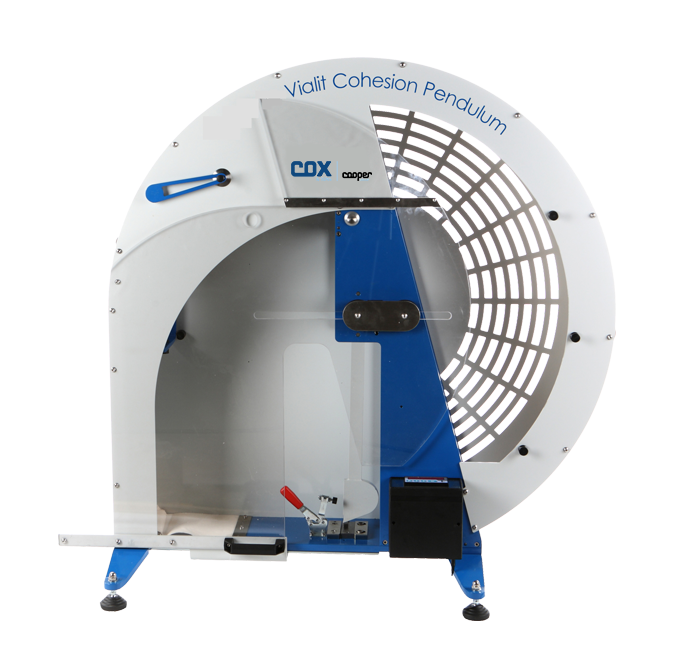 Z
Meets and exceeds EN 13588, EN 13808 and EN 15322
Z
Automatic security safety catch avoiding pendulum to crash after test impact
Z
Simple to use, proven design. Efficient safety system in compliance with EC
Z
Software available for full automation of test
Analyze the cohesion of bitumen
Vialit Cohesion Pendulum by Cox & Sons CS-VCP is a testing device to analyze the cohesion of bitumen in road construction. The cohesion is one of the measures of the performance of a bituminous binder. It is important to use binders which have a sufficient level of cohesion according to the level of traffic to be supported.
Cohesion has originally been developed for surface dressing however it can be used for any type of binder (pure, modified or fluxed) which is to be used in different types of road applications. Knowledge of cohesion enables the choice of binder type for given traffic and site conditions.
The Vialit pendulum test assesses the degree of adhesion between an aggregate and a bitumen when subjected to a sudden impact
James Cox & Sons, Inc. is the only American supplier of Vialit Cohesion Pendulums